"THIS IS NOT AN EXHIBITION. AND THIS IS NOT BEIRUT". A free-format curatorial platform exploring the space of Beirut in the aftermath of the August 4 explosion 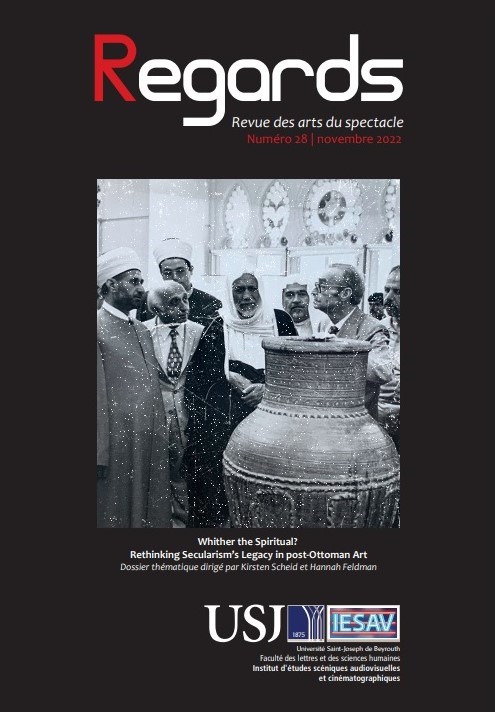 DAHROUJ, P. (2022). "THIS IS NOT AN EXHIBITION. AND THIS IS NOT BEIRUT&quot;. A free-format curatorial platform exploring the space of Beirut in the aftermath of the August 4 explosion. Regards – Revue Des Arts Du Spectacle, (28), 193-199. Consulté à l’adresse https://journals.usj.edu.lb/regards/article/view/790
ACM ACS APA ABNT Chicago Harvard IEEE MLA Turabian Vancouver

This is not an exhibition. is a platform for experimentation in the public spaces of the city through timely interventions in the form of installations, performances, discussions, walks, etc. These interventions aim at questioning and contesting established artistic and curatorial practices by transgressing the normalization of social, political and urban dynamics in the spaces in which they take place and invite the audience to participate in the production of the works. The pilot version of This is not an exhibition. And this is not Beirut., engages with Beirut in the aftermath of the August 4 explosion through artistic interventions taking place in public. In the wake of the explosion, there is a lingering fear of the politics of erasure and the displacement of city residents. Thus, the works produced shed light on the present and the reality of the city, as opposed to projecting an illusory future in which the city’s inhabitants are mere observers of the city’s transformations. The productions presented on this platform are non-representational and engage with the present and reality of the city rather than projecting a unified image. Concocted in the BePublic lab – a timely experimental lab engaging with the social, political and urban dynamics that form the given space – This is not an exhibition. And this is not Beirut in which the produced interventions across different points of the city. Through these works, the audiences are invited to navigate and explore the space of the city across a myriad of contributions, not restricted to a medium or an approach. The multimedia and multidisciplinary platform in the form of a website archives the produced spatial and temporal ruptures in Beirut. By navigating the city, we are able to perceive it in its heterogeneous fragments, instead of a collective and enforced romanticization of the blast. The importance of these works lies in the process through which we allow ourselves to discover the needs of social, economic, political and urban spheres as we frame their ruptures.

Philippa Dahrouj is a graphic designer who works in print and holds a masters degree in art history and curating from the American University of Beirut. She merges both the practical and theoretical aspects of both her interests into questioning notions of visuality, production and perception. She has been accompanying professor Rana Haddad in her research on public installations as catalytic artistic and political tools in redefining the urban landscape of the city of Beirut. In collaboration with BePublic, Haddad’s
pedagogical, experimental and urban lab, Dahrouj has developed This is not an exhibition. And this is not Beirut. a free-format curatorial platform for experimentation in the public spaces of the city through timely interventions, documented on www.notanexhibition.com