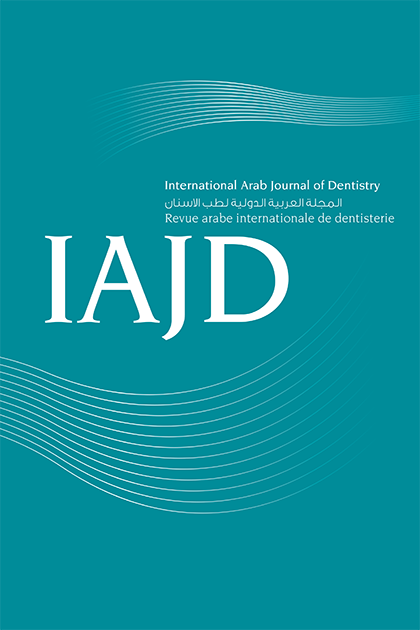 The objectives of the present study were to adapt and validate transculturally the Arabic version of the OHIP-EDENT in a group of completely edentulous Lebanese individuals aged 60 or over.
A sample of edentulous subjects aged 60 and over was recruited from the Department of Removable Prosthodontics, at the Saint-Joseph Unoversity of Beirut, and from a private medical clinic in Beirut. The Arabic version of OHIP-EDENT was applied. It comprised 19 items grouped into seven dimensions:
functional limitation, pain, psychological discomfort, physical incapacity, psychological incapacity, social incapacity and handicap. Reproducibility, internal consistency, concurrent validity and discriminant validity were assessed. Two hundred and two participants were included in the study. The average age was 72.94 ± 7.378 years and 51% were women. The OHIP-EDENT presented good reproducibility (Intra-class correlation coefficient equal to 0.922), good internal consistency (Cronbach’s Alpha coefficient equal to 0.929) and
good concurrent validity. OHIP-EDENT was significantly associated with using functional prostheses, prosthetic status, stability of the prostheses and the number of years the prostheses were worn (p <0.05).
The Lebanese version of OHIP-EDENT has shown good psychometric properties. The properties of OHIP-EDENT should be compared with other OHRQoL tools according to cross-sectional and prospective studies to confirm the results obtained.